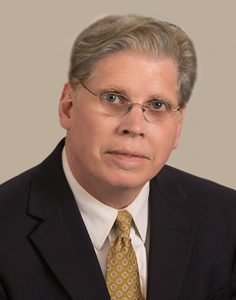 Mr. Harris, a native of the Montgomery area, became interested in art and history at a very young age. After receiving his degree in Graphic and Commercial Interior Design, he worked in the design industry in Atlanta, Georgia for 13 years. During his time in Atlanta, he also taught for six years as an adjunct instructor at the Art Institute of Atlanta and served on the Professional Advisory Board for the Art Institute of Atlanta for more than eight years.
Prior to leaving Atlanta, he was Vice President and Director of Design for Crarée, Inc. a midsized commercial interior architectural and graphic design firm.

After returning to the Montgomery area in 1993, Harris founded a graphic design and marketing business. For the first six years after his return, he served as a docent at the Montgomery Museum of Fine Arts. Other volunteer work includes serving as a volunteer for the American Cancer Society for 12 years. While working with ACS, Harris served as one of founders of the Elmore County ACS Volunteer Unit, Unit President and Chairman for Relay For Life. Harris also served on an ACS National Advocacy Coalition as a traveling Community Ambassador representing the Montgomery area.

In 2014, Harris curated what is thought to be the first comprehensive Dixie Art Colony exhibition. The exhibition, held in Wetumpka, Alabama, featured more than 70 works of art by the colony artists and a series of 35 oversized storyboards, which chronicled the history of the Dixie Art Colony.